Ron Pasquinelli was “a fierce advocate of limiting the ability of governments to arbitrarily raise citizens’ taxes.” His community leadership on the Monterey Peninsula will be missed. 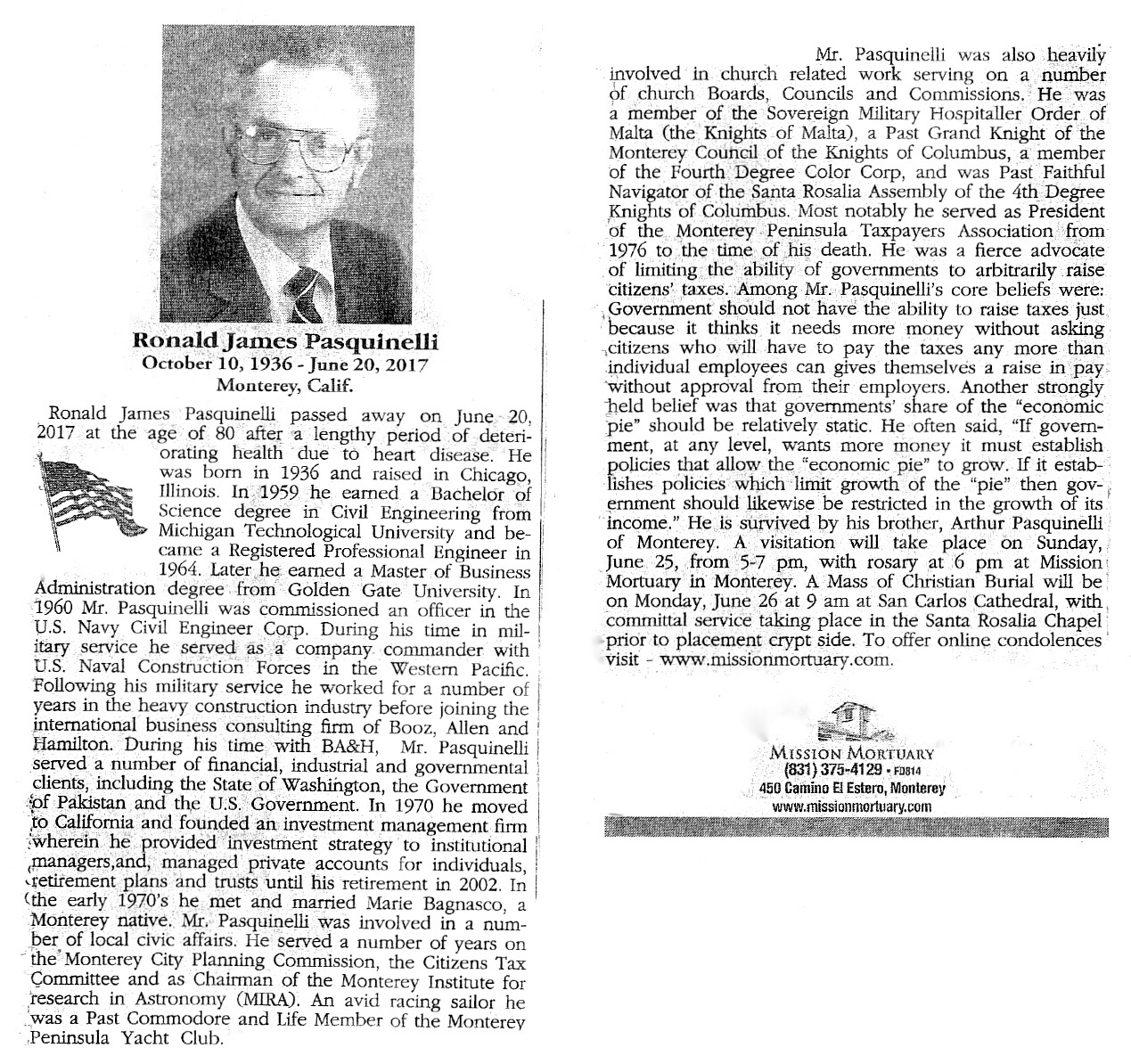 More on the Life and Community Contributions of Ron Pasquinelli

“The Reluctant Activist, or Not Only Can You Fight City Hall, You Can Actually Win” – by David Henderson in LewRockwell.com – January 2, 2004